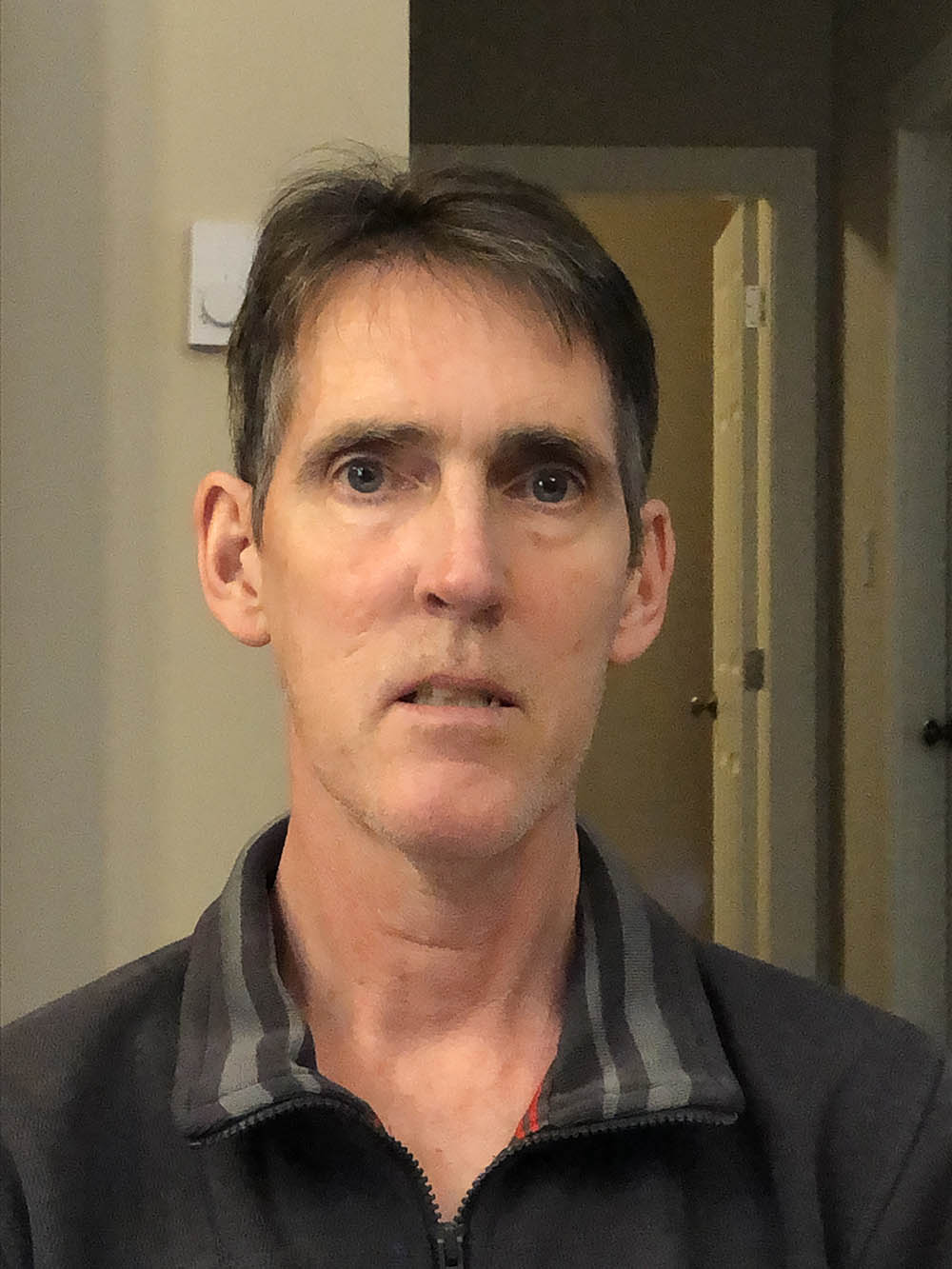 One family member going to hospital is stressful enough; imagine two in two days. That is what happened to a Nanaimo family in August 2016. A day after Kevin Grieder’s mother had a heart attack, he too found himself at Nanaimo Regional General Hospital (NRGH).

One morning, Kevin had difficulty breathing so went to see his family doctor. As the day progressed, he still did not feel better so went to Emergency at NRGH. After being seen and treated, he left but his breathing continued to get worse. He returned to Emergency and collapsed while in the waiting room.

Kevin woke up a few days later in the Intensive Care Unit (ICU) hooked up to a ventilator and with a tube down his throat. The reason? He suffered a pulmonary embolism because of a blood clot in his leg that had traveled into his lungs. He was put into an induced coma to give his body a chance to recover and repair itself. While in the ICU, Kevin received constant, close monitoring from the team of specialized medical staff. After being treated and stabilized in the ICU, Kevin was transferred to a ward where heart and lung specialists could closely monitor him for approximately 5 days. He then spent his last few days on a general ward to gain more strength in preparation for his return home.

While in care, he noted he was able to observe the activity around the nursing station. “In addition to patient care, it was eye-opening to see to see all the paper work and other activities nurses have to do,” said Kevin. “Before staying in the hospital, I didn’t realize just how busy they are during their shifts.”

Kevin shared that from the time he arrived at NRGH to the day he was discharged, he received excellent care from all the hospital staff and singled out the ICU team in particular.

“I was so grateful for the care I received that I went back to thank the ICU team as soon as I could,” said Kevin. “I also decided to make a donation to the Nanaimo & District Hospital Foundation as a further way to recognize how well they looked after me in the ICU while I was so sick.”

Both Kevin, who was able to return to work at Country Grocer in Chase River, and his mother are doing well and are grateful for the level of care they received by the skilled and committed hospital staff. So much so that Kevin has become a regular, annual donor and was delighted to learn his recent donation would be put towards the new ICU at NRGH.

Read about our campaign to build the new ICU here. 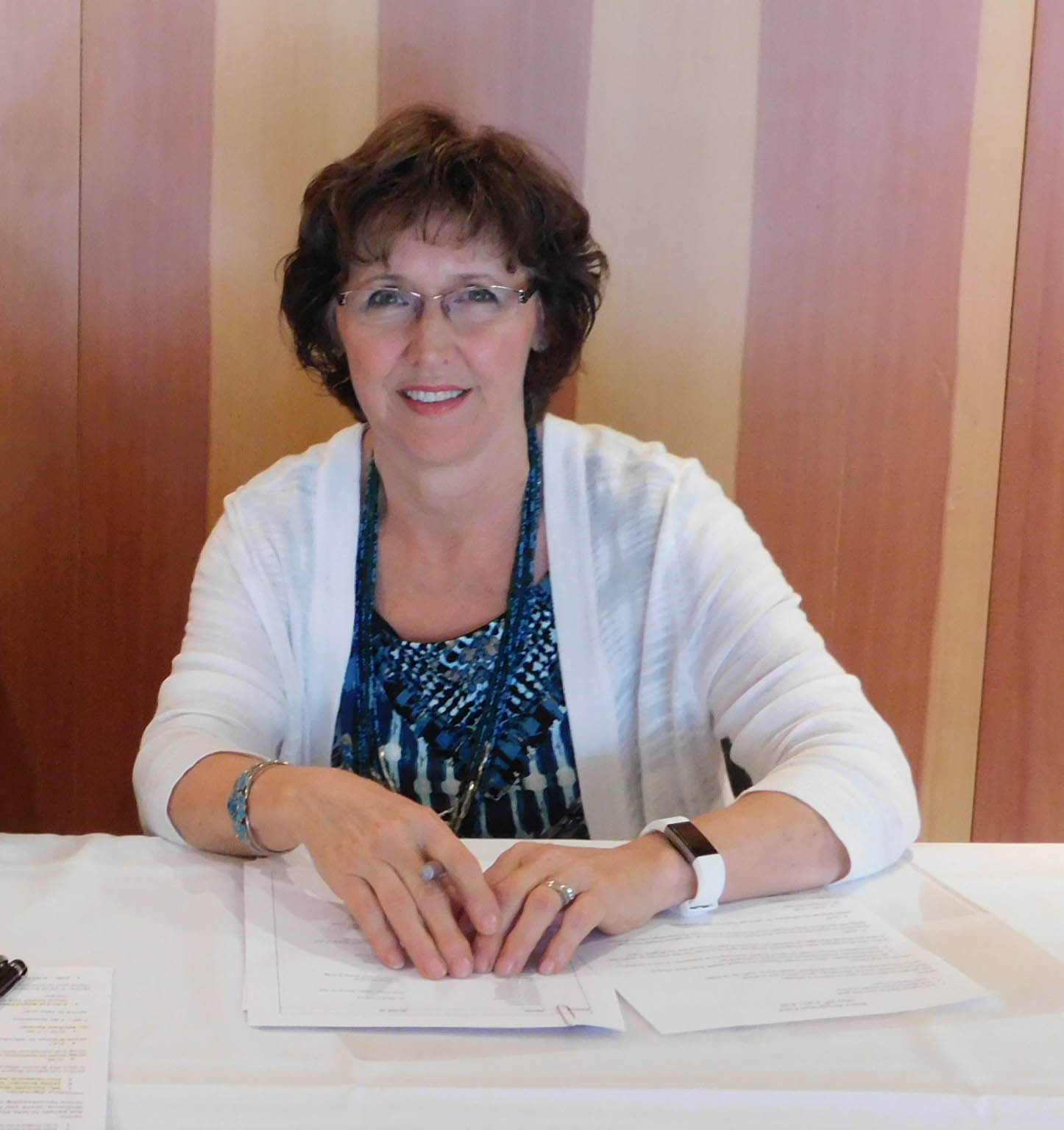 Congratulations to our colleague Nancy Scott who will now be enjoying a well-deserved retirement! She was the first person people saw when they came into our office where she greeted everyone with the same warmth and welcoming smile. From assisting donors and keeping the office supplied and running, to helping at events and wherever an extra hand was needed, Nancy has contributed to the success of the Hospital Foundation in so many ways over the past 14 years. Staff and donors alike will miss her dearly. Nancy, we wish you all the best for your retirement and next adventure in life! 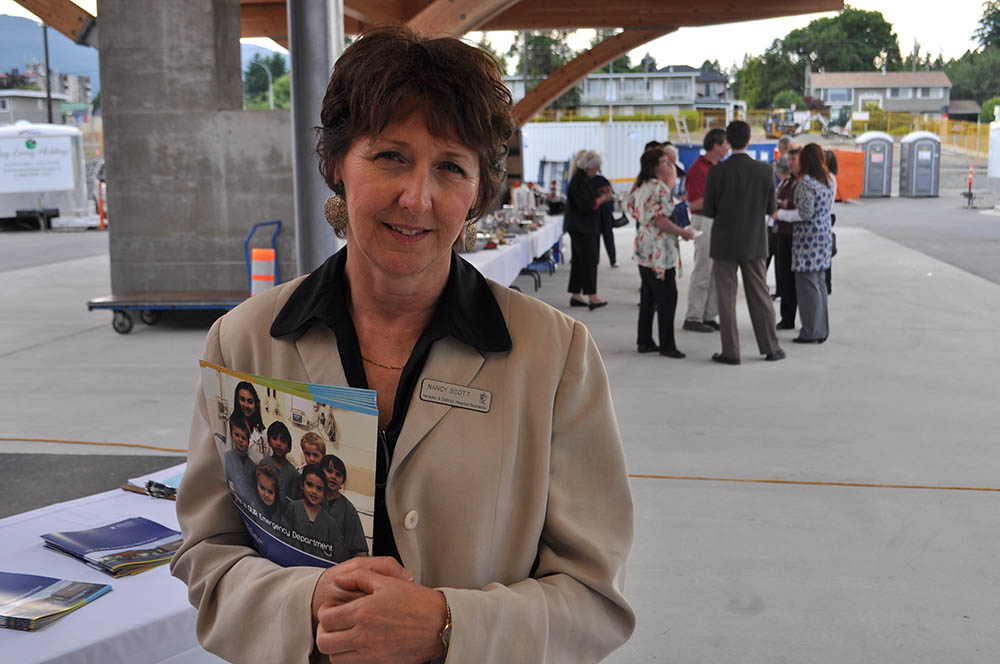 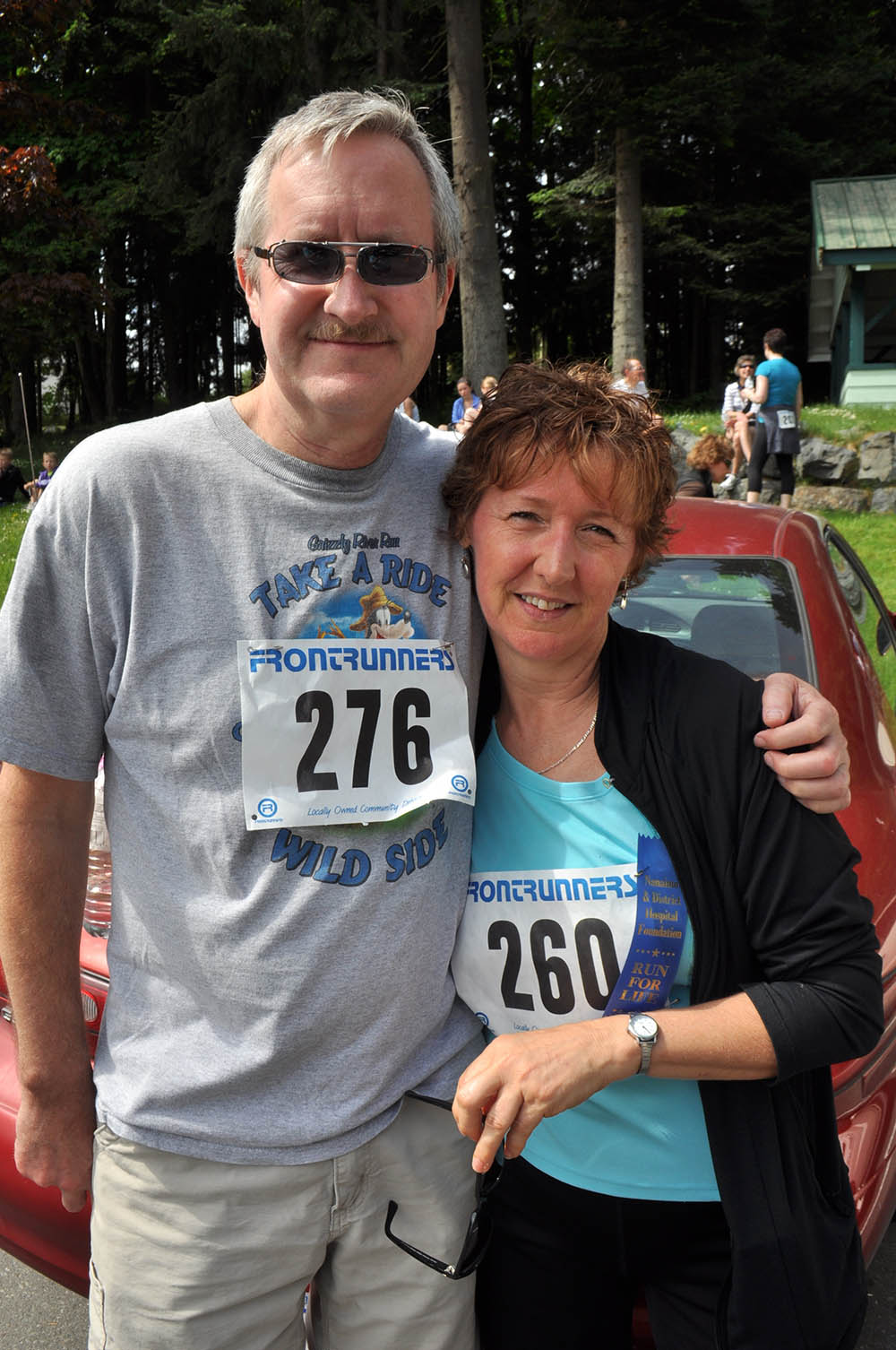 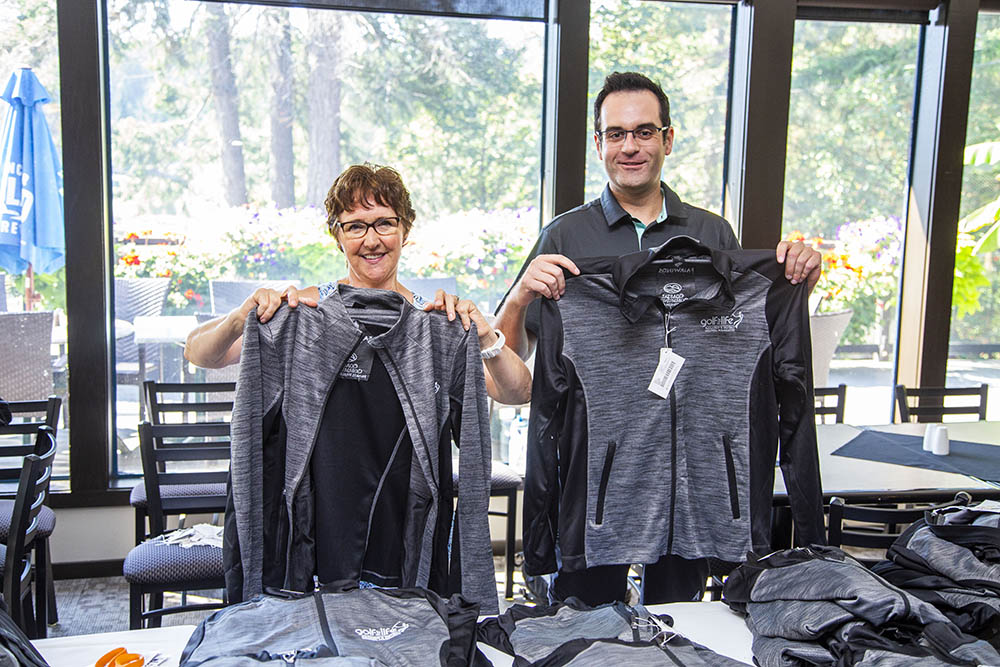 Join the Nanaimo location of Sabzi Mandi Supermarket in supporting the new Intensive Care Unit at Nanaimo Regional General Hospital! In addition to making a donation, they are also accepting donations from customers in-store. The Hospital Foundation is raising $5 million for all the medical equipment needed for the new ICU. Together we can reach this goal. Thank you for supporting healthcare in your community! 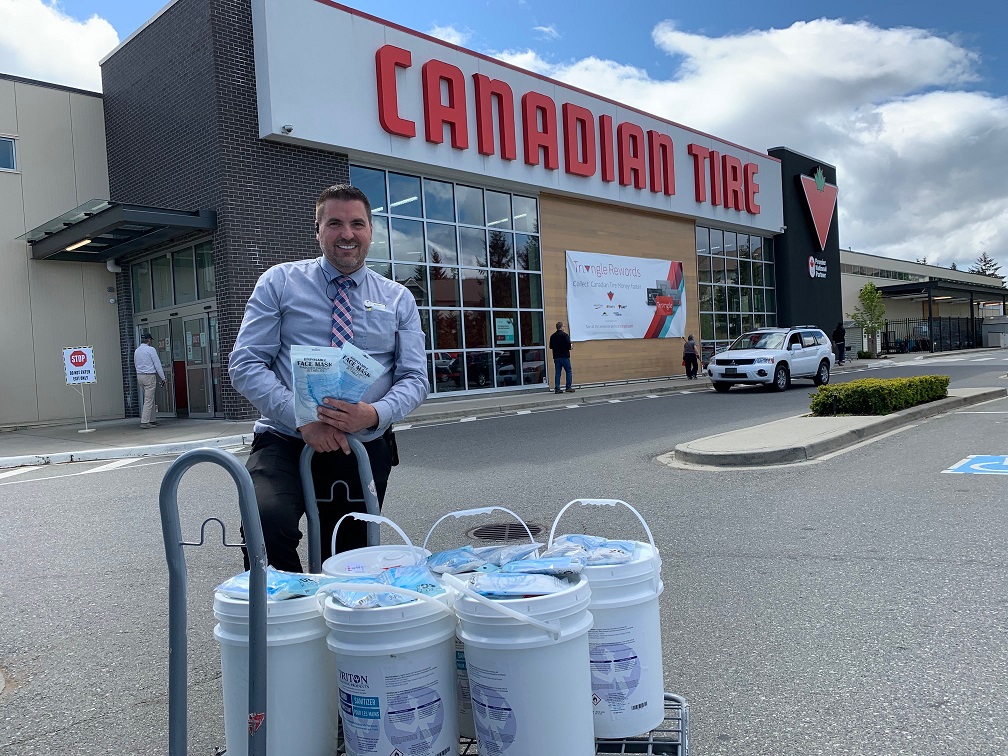 Thank you to Canadian Tire, Nanaimo for their donation of six – 5 gal tubs of hand sanitizer and packages of face masks for the Nanaimo Division of Family Practice for use at the doctor’s offices around the area! Valued at over $2,000, the sanitizer and masks will go a long way to helping keep doctors, office staff and patients safe. Your support is greatly appreciated! 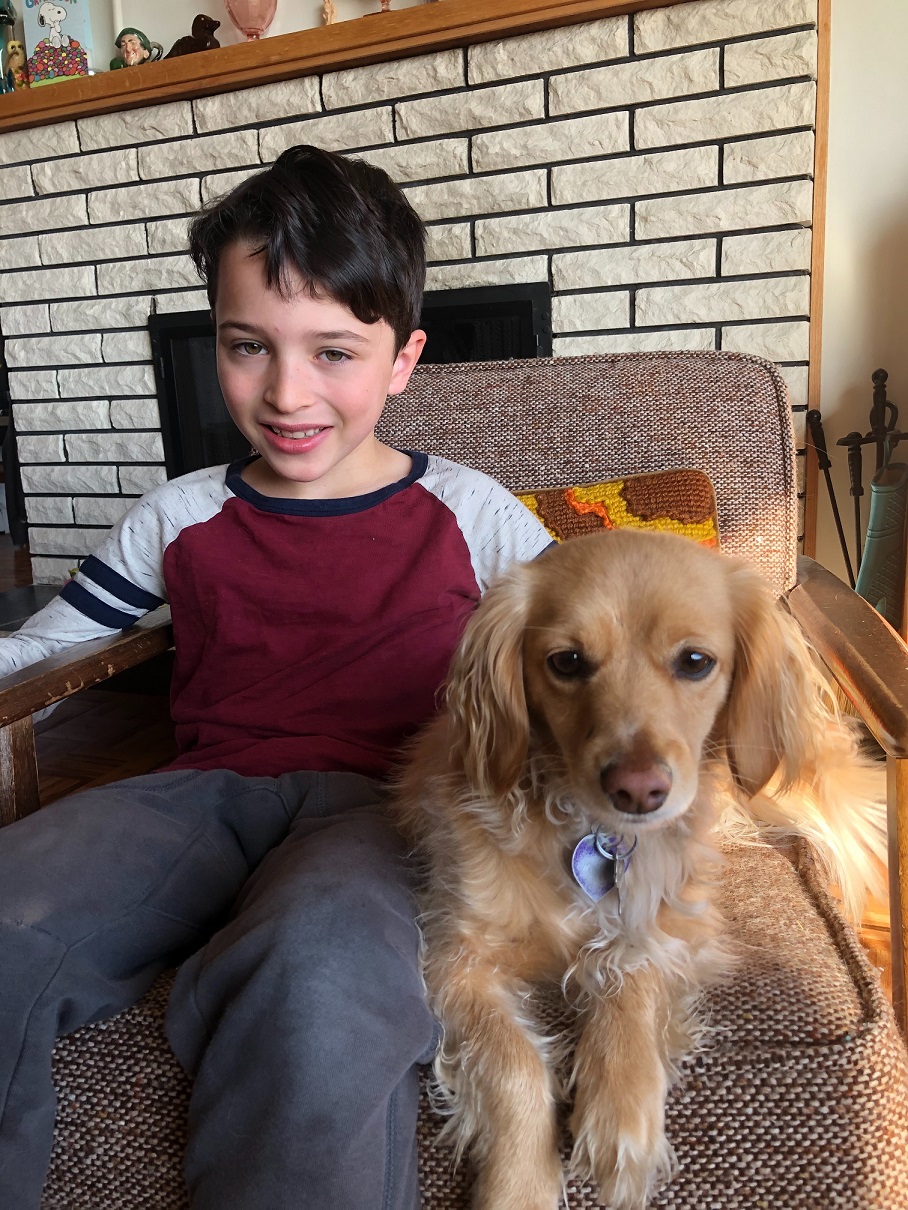 We are grateful to have a wide range of donors and are especially honoured when children like Fantino choose to become one of our donors too! Fantino, who is seven, donated his allowance to the Hospital Foundation as a thank you for being treated so well when he had to go to Emergency at Nanaimo Regional General Hospital in January. His donation will go towards the new Intensive Care Unit at the hospital. Fantino and his parents, Leonard and Elise, thank all the hospital staff for their care and for all their hard work and sacrifice during these difficult times. Thank you Fantino! Although we are not able to thank you in person now, we hope you will come visit us as soon as we are back in our office!

Photo: Fantino with his dog Honey 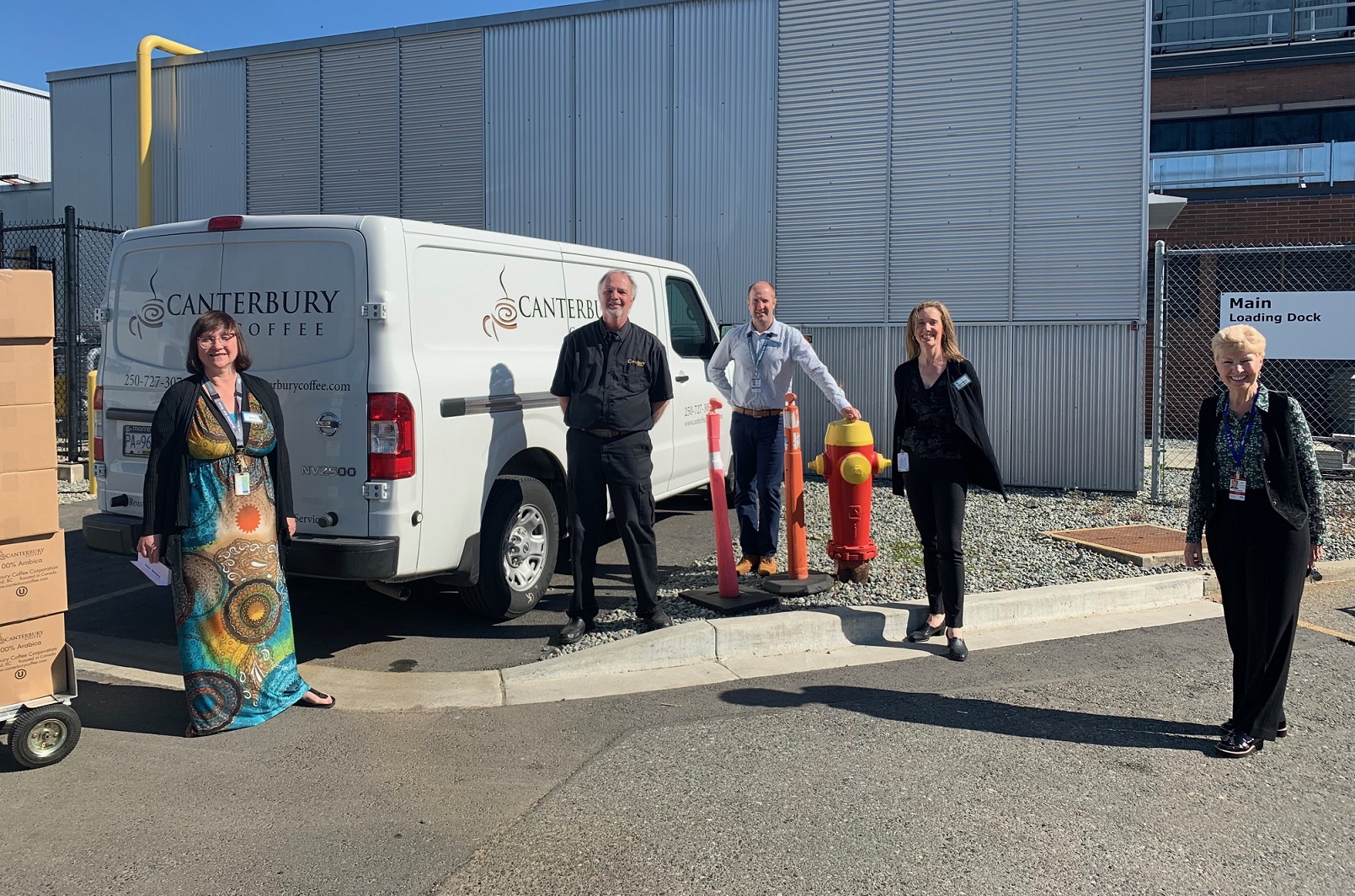 Thank you to Canterbury Coffee for their generous donation of 1,680 packs of coffee which will help keep the staff going through their long shifts! A supplier to our very own Code Brew at NRGH cafe and a Golf for Life sponsor, we are grateful for their ongoing commitment to our hospital and our community. 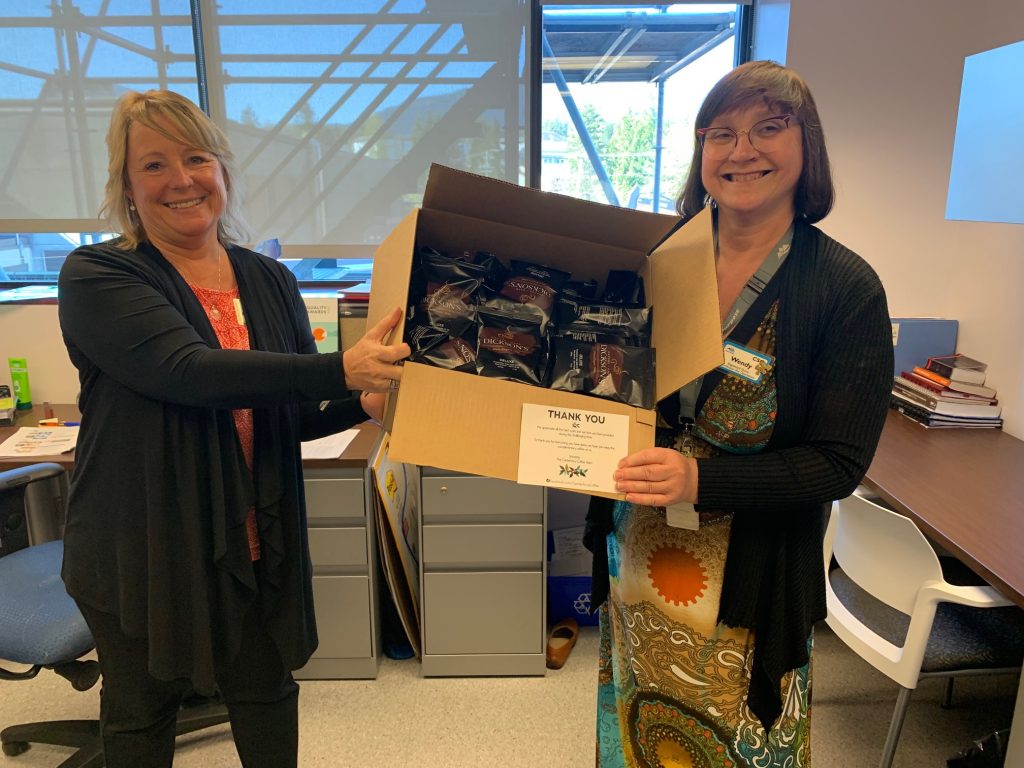 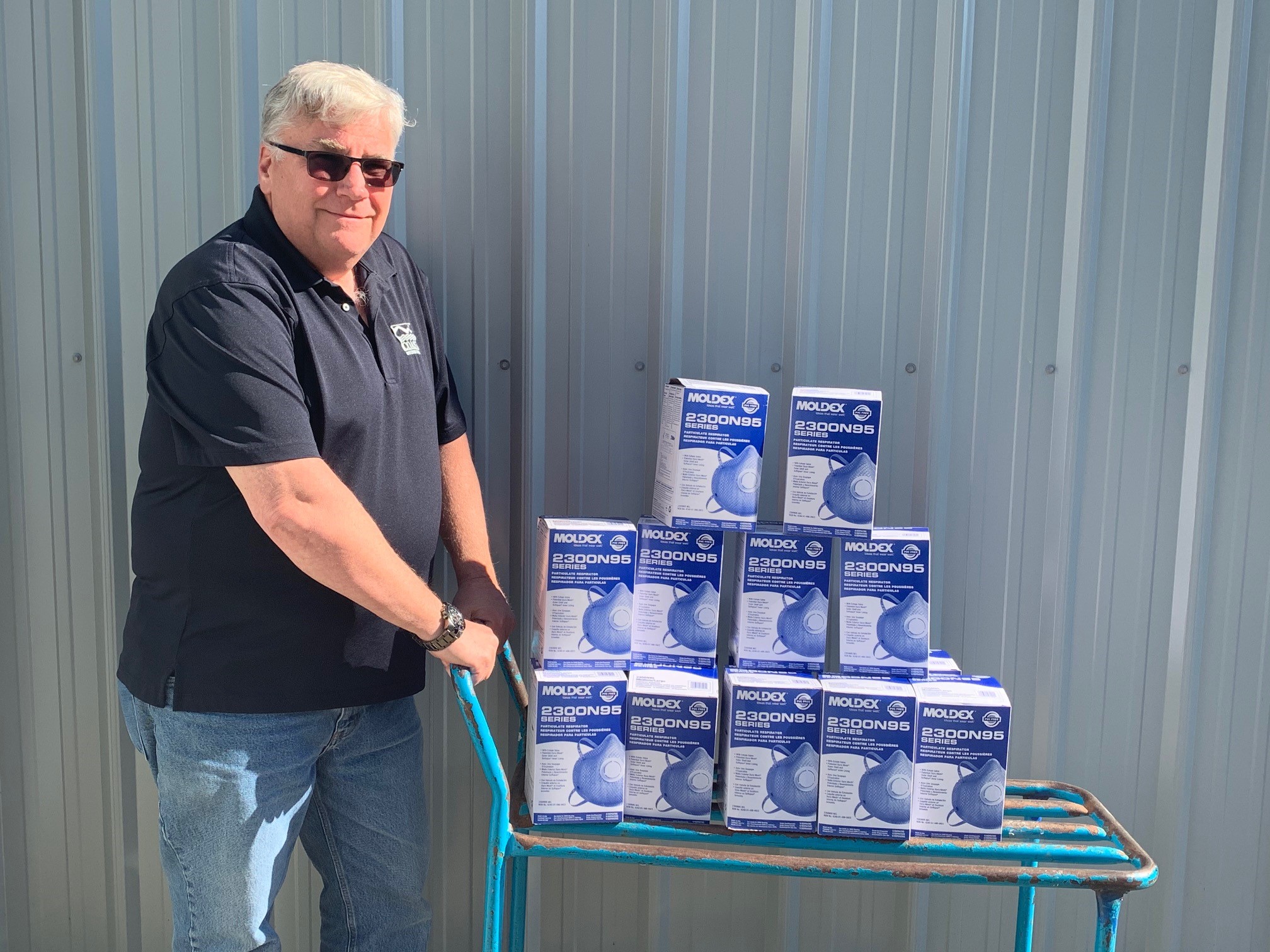 Thank you to Brad McCluskie, owner of Coast Distributors Nanaimo, for donating 150 – N95 masks for use at NRGH! Your support is greatly appreciated and will help our incredible medical teams stay safe while treating patients. 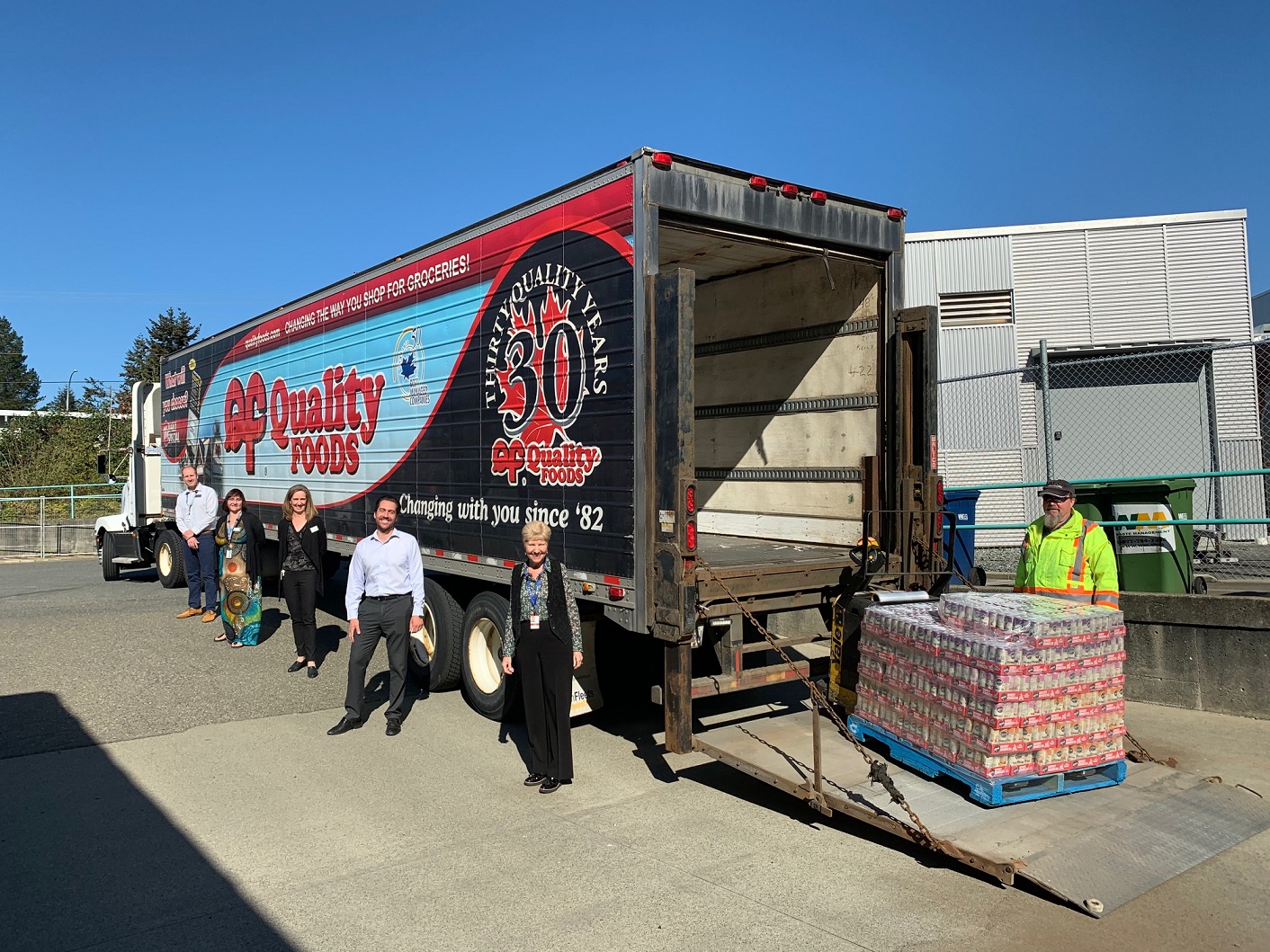 Quality Foods delivered a couple of amazing gifts to Nanaimo Regional General Hospital. A $10,000 donation for our Community Health Endowment Fund and 250 cases of kombucha for the staff to help keep them refreshed during their long shifts! We are so grateful for their commitment to healthcare in our community that has totaled over $360,000 to date. Thank you Quality Foods for your generous support! 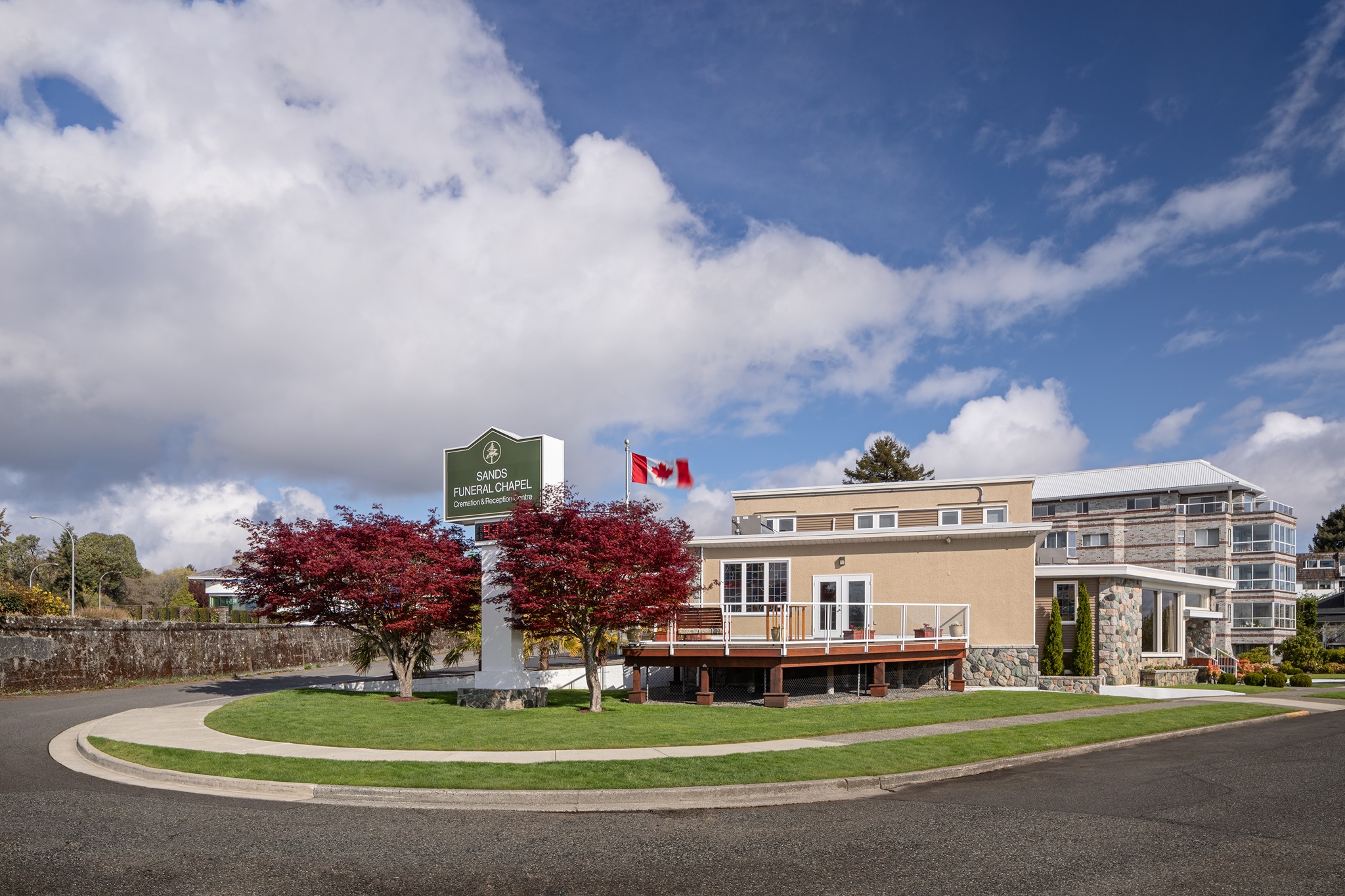 Thank you to Sands Funeral Chapel – Nanaimo for their generous $2,500 donation! These funds will be used towards the greatest needs at NRGH. We are so grateful for their commitment and support to healthcare in our community when it is needed more than ever. Together, we are helping bring better healthcare to our central Vancouver Island communities by providing the incredible hospital staff with the advanced medical equipment and resources they need to deliver excellent patient care.
Photo courtesy of Sands Funeral Chapel 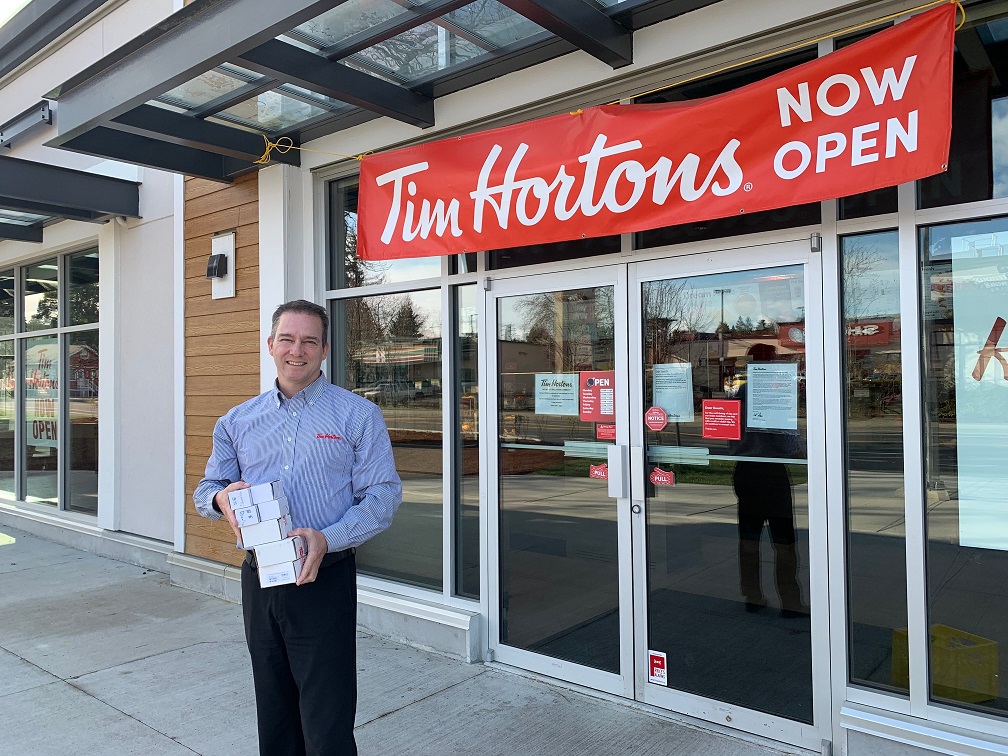 Tim Hortons owner and long time Hospital Foundation supporter Craig McBride arranged for medical and support staff at NRGH to receive 500 gift cards worth $5 each so they can enjoy a coffee and treat on them! In addition to the gift cards, Tim Hortons of Nanaimo also donated 300 goodies and coffee. These treats are sure to help keep the hospital staff going. Their gift is a thank you from Tim Hortons of Nanaimo to all of the healthcare workers in our area who are doing so much to support our community.

“Tim Hortons is pleased to support the frontline healthcare workers at the Nanaimo Regional General Hospital in all that they do for the community,” said Dave Milne, a local Tim Hortons franchise owner.

Thank you Tim Hortons of Nanaimo for your generosity and thank you to all the healthcare professionals and hospital support staff for your tireless efforts! 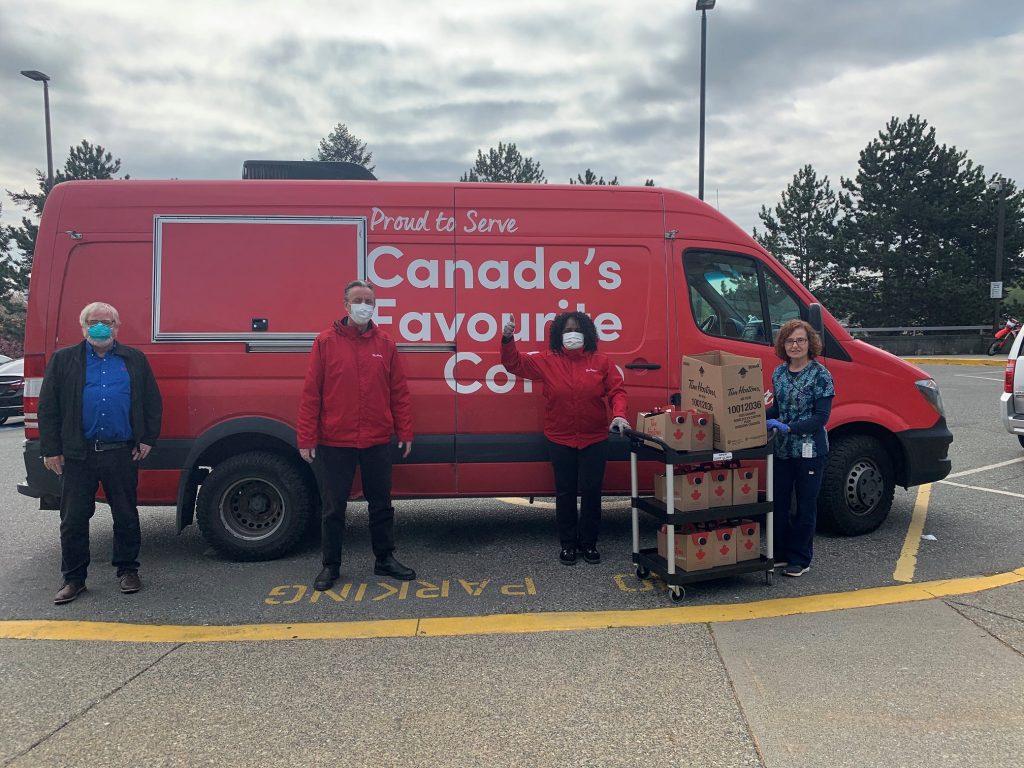