it’s our place to give

The need is critical.

As part of the $34 million budget to build a new Intensive Care Unit (ICU) for Nanaimo Regional General Hospital (NRGH), the Hospital Foundation is raising $5 million for all the new medical equipment. NRGH is the only hospital in our region able to handle major traumas and life threatening illnesses. When you need this level of care, it’s critical the ICU has the latest medical equipment. NRGH has the oldest ICU in British Columbia and the busiest on Vancouver Island. An external review called its infrastructure one of the worst in Canada. Incredibly, due to the exceptional skills of our medical team, NRGH’s ICU ranks near the top nationally for positive patient health outcomes.

We are in desperate need to expand and modernize the ICU. Your support is critical. 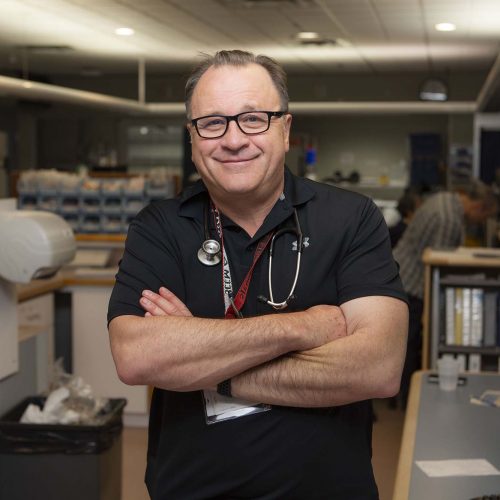 I am very proud of the team I lead in the ICU at NRGH. Every day, they are overcoming the challenges of having the worst physical conditions of any ICU in Canada to provide excellent patient care. Built over 40 years ago and with only one third of full life-support beds per 100,000 residents compared to the national average, we are in desperate need of an upgrade. With a new ICU, our team will have the space, latest medical equipment and resources needed to meet the growing demand for critical care.

Twice Sharon has been a patient in our aging ICU at NRGH. The first time when we returned from a holiday in January 2005 where a classic case of endocarditis was not diagnosed in Jamaica. She ended up in ICU with bilateral pneumonia and the infection in every organ including her bones. Doctor David Forrest and an amazing team saved her life and got her strong enough to be able to have and survive open-heart surgery at Royal Jubilee to replace her destroyed mitral valve.

The second time was a rare and difficult to diagnose case of steroid resistant pneumonia that required life support for several days. We cannot begin to express our gratitude for the wonderful people who work in our ICU and save lives every day, as they did for Sharon, but do it in a worn out inadequate facility that desperately needs replacing. Our loved one’s lives are at risk whenever something serious happens and many families like ours still have a wife, a mother and a grandmother only because of our ICU. Our story is not unique and mercifully has a happy ending. We ask everyone to dig deep and remember it can happen to anyone and sometimes even twice.

Leonard Krog on behalf of his family 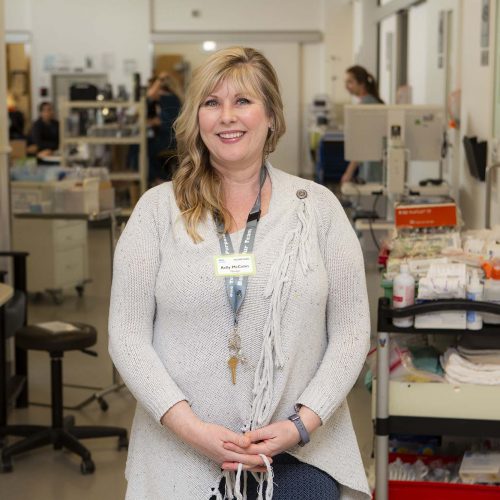 The new ICU will help our team provide excellent care in a state of the art design with focus on serving our community, families and patients’ needs. Increasing our number of beds also will help us support a higher level of care for patients needing critical care from the smaller rural communities on Vancouver Island.

Your Support is Critical