As advocates for the Nanaimo & District Hospital Foundation, the Board engages the community in meaningful philanthropy that supports priority needs of the hospital and advancements in care to improve the lives of our patients and their families. 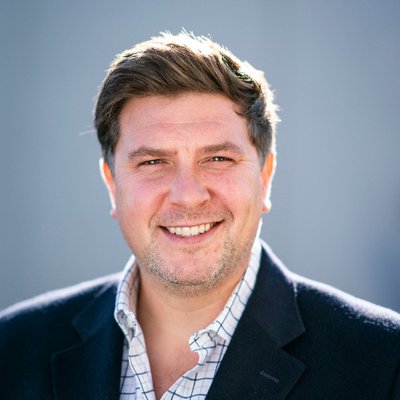 Tony was born and raised in Nanaimo British Columbia and is of the sixth generation Harrises to call the city home. He started his first business at seven selling peanuts and candy from a 25¢ vending machine in his father’s car dealership.

One of Tony’s early ventures was CanRepel Products Inc., which sold products throughout North America in partnership with TerraCycle.

Tony is the Chair and CEO of Billy Goat Brands Ltd. a venture capital and incubation firm focused on plant based protein, functional foods, and food technology.

Tony is a philanthropist and community builder. He is the Chair of the Nanaimo & District Hospital Foundation. He is a passionate and vocal advocate for a new tertiary hospital in Nanaimo. Tony founded the Tom Harris Charity Classic which has raised over $500,000 for the Tom Harris Community Foundation in honour of his late father. His charity street hockey tournaments, beginning in 2005, were a jumping off point for his community work.

Tony ran for Member of Legislature – Nanaimo for the BC Liberal party in the 2018 Nanaimo by-election.

He is a husband a father of three. 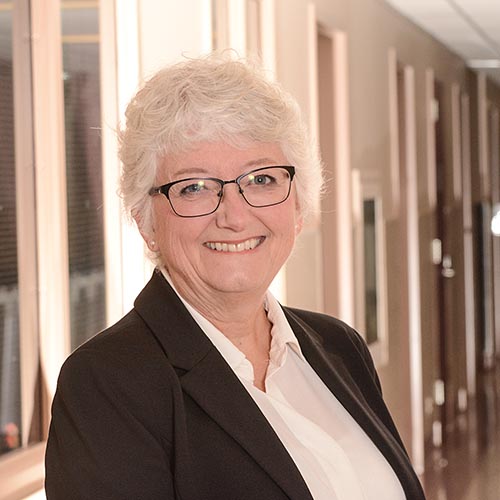 Moira brings a wealth of financial and community leadership experience to the Foundation. Moira has recently retired after 44 years with RBC, and past 15 years leading the Commercial Financial services team for Vancouver Island North. Moira is busy in her retirement serving on the boards of the Nanaimo Port Authority, the Nanaimo & District Museum, as well as Past Chair for the Nanaimo & District Hospital Foundation.

Moira has resided in Nanaimo since 1996 with her husband David, and raised their three children who all attended Vancouver Island University and two doing post degree work. 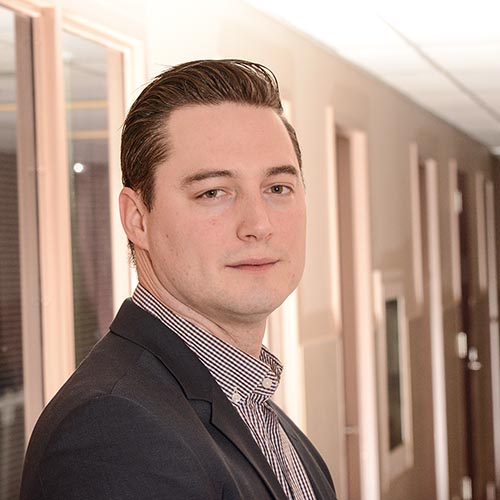 Ryan Wenner is a Director at the Wenner Group, a technology integrator founded by his grandfather in 1945. From a very early age he had a passion for technology and entrepreneurship following in his father’s footsteps and joining the family business in 2005. A serial entrepreneur, he co-founded Wenner Security and the technology and automation division of the Wenner brand which has become one of the largest luxury residential integration companies in British Columbia with locations in Nanaimo and Victoria. Ryan is a strategist, leader and visionary changing the way people interact with technology at home.

Outside of business, Ryan spends time with his beautiful wife Alicia, their baby William, family, friends and his goldendoodle Charlie. Ryan is Vice Chair of the Nanaimo & District Hospital Foundation supporting the hospital where his son was born and his mother worked as an RN for 37 years. As a member of the board, Ryan is completely invested in the vision and mission of the Hospital Foundation and looks forward to contributing to the ongoing success of the Foundation. 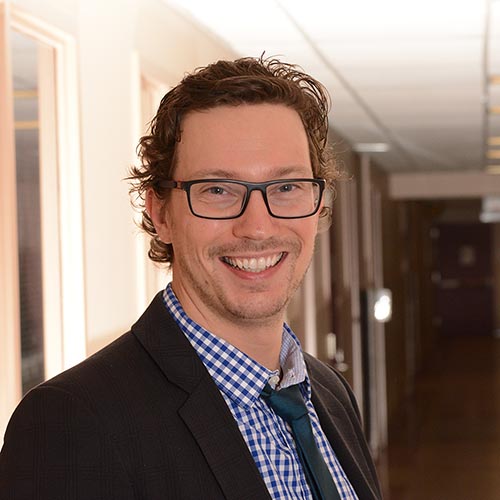 Philip was elected to the Board of Directors in October 2015. His motivating energy has been a welcomed addition to the Foundation. Philip was born in Switzerland, but raised in Campbell River. He moved to Nanaimo to attend VIU. After earning his Bachelor of Business degree Philip pursued a career in Accounting; obtaining his designation, he is a founding partner of Birrer Sangret LLP. Philip joined the Foundation’s Board after participating in several events that supported healthcare on the Island, and therefore the Foundation; including his role on the founding organizing committees for the Dinner of Lights and Ride for Life.

He has also volunteered for the Mid-Island Velo Association, the Nanaimo Velodrome Association, and the Businesses for a Better Nanaimo. Philip enjoys the networking aspect of fundraising, as well as the strategic planning possible with a Governance Board. Yet, when he boils it down to his inspiration Philip simply says, “I want to make progressive equipment possible for everyone”. 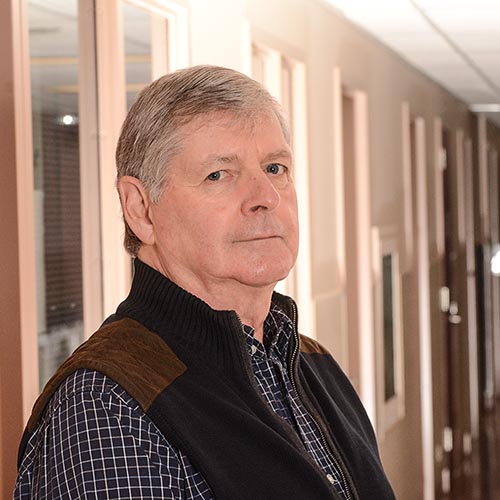 Mike retired as a Partner from PricewaterhouseCoopers LLP in 2005 and moved to Nanoose Bay on the Island in early 2005. His professional career association with the lumber industry brought him to Nanaimo and many other locations on the Island. He has a daughter and two young grandchildren living in Nanaimo.
He has recently joined the Foundation Board because as a senior and a grandfather, he is keenly aware of the need for quality healthcare in the region and the continual need for the community to help fund this care, and he wants to assist in such efforts.

Mike has always been an active contributor to his community and has considerable board experience in non-profit organizations. He has also served on corporate boards in his retirement. He will bring extensive financial knowledge and board governance experience to the Foundation Board. He also sees himself as a representative for his age group in healthcare matters.

He enjoys retirement and the flexibility it gives to enjoy a variety of other pursuits including hiking, golf, any kind of card game, and interacting with his grandchildren. 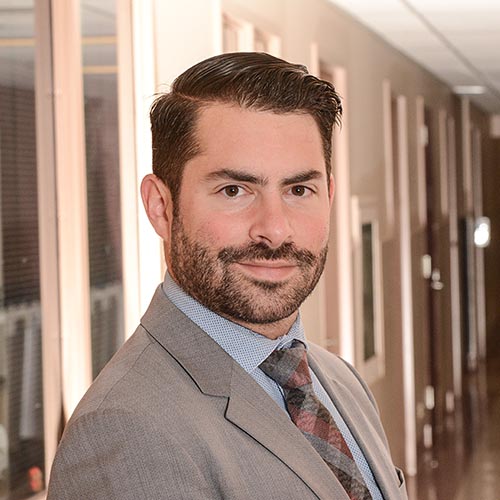 Greg Phillips is a partner with Johnston Franklin Bishop Lawyers in Nanaimo. Greg is a trial lawyer, representing clients at all levels of court, arbitrations, mediations and tribunals. Since moving to Nanaimo in 2009 he has often contributed to various boards and organizations in the area, having served as the Chair of the Greater Nanaimo Chamber of Commerce, President of the Rotary Club of Nanaimo North, Governor of the Trial Lawyers Association of British Columbia and Director of the Nanaimo-Ladymith Schools Foundation. 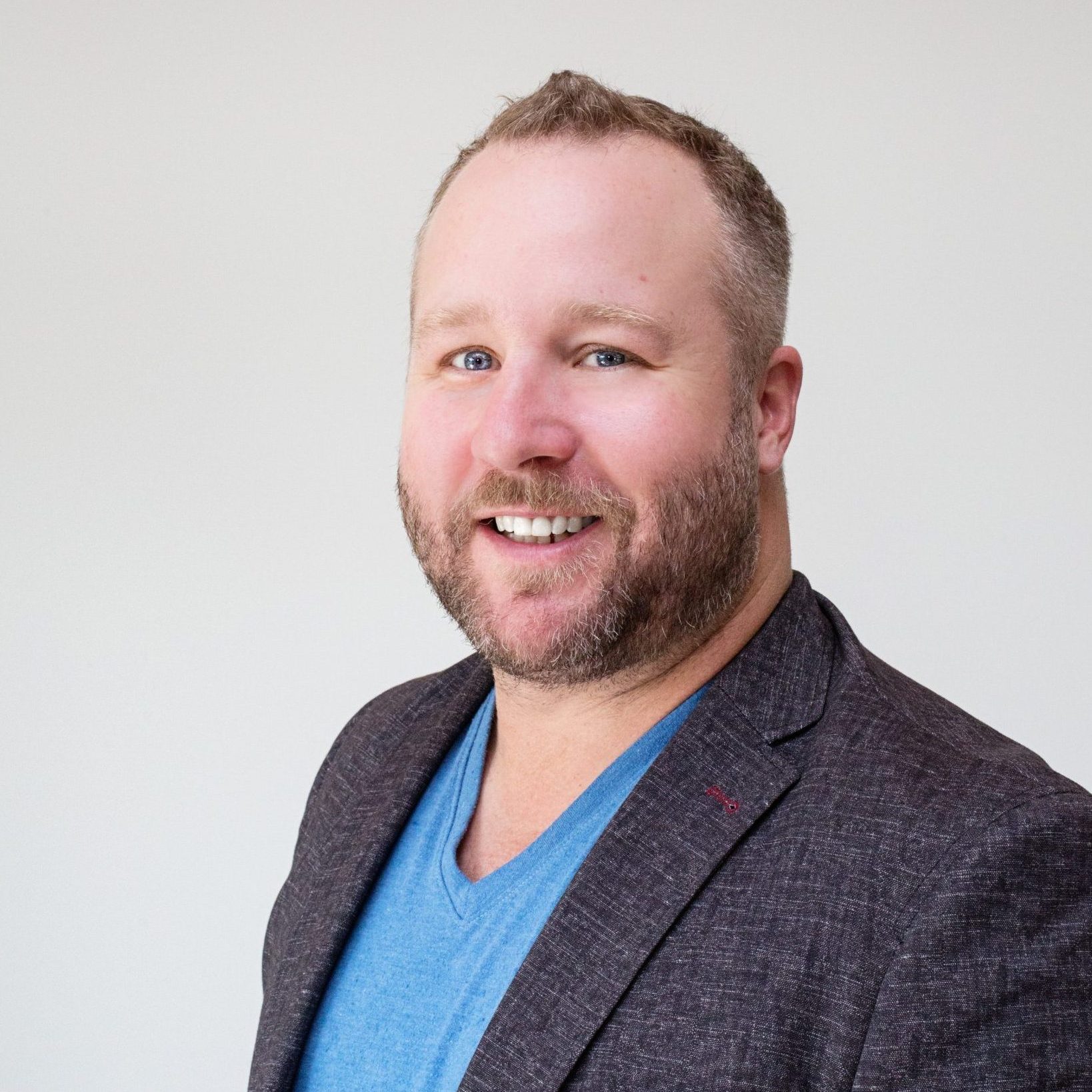 I have been lucky enough to be born and raised in Nanaimo. I spent some time in Victoria and Australia, however, have spent most of my life in Nanaimo. Growing up I played Hockey, Lacrosse, Baseball and Golf on the local teams. Which gave me the opportunity to learn how to be a team member as well as a leader in sports and in life. As a father of 3 beautiful daughters, it is important to me that I continue to show them giving back is so important.

In 2005 I decided to become a Realtor as my Profession. Over the past 16 years I was able to grow from a rookie Realtor to an Award-winning realtor today. All of this would not be possible without the amazing team, and clients along the way.

Some of my accomplishments through the years have been, RE/MAX Hall of Fame, RE/MAX Diamond Award, RE/MAX Lifetime Achievement Award, Top Team in BC for Transactions, Top 10 Team in Canada, Realtor Care award and the Top 20 Under 40 For Vancouver Island. Again, all of this with help from amazing Team Members and an Amazing Family.

One thing that my family instilled in me as a young person was to give back which I have tried to do through the years with numerous Committees, Foundations and Charities. Some of which were Tom Harris Foundation, Garrett Paquette Foundation for Families in Need, BC Summer Games as a Volunteer Chair, Kids Sports, Golf for Kids, Children’s Miracle Network and many more.

I have benefited greatly from living in this wonderful city and would love to continue to give back. 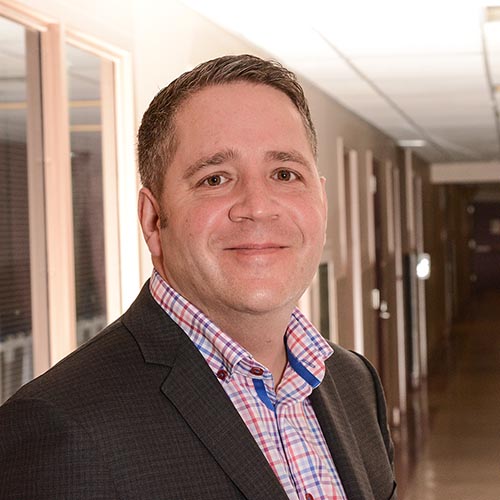 Greg is a Branch Manager for the Coastal Community Credit Union. He grew up in Nanaimo and is committed to supporting NRGH as it builds healthier communities. Greg serves on the Board of Nanaimo-Ladysmith Schools Foundation, Runners of Compassion and is on a committee for the Downtown Nanaimo Improvement Association. He joined the Run for Life Committee in 2009 and continued as Chair and Co-Chair in 2011-2015.

Greg has an unwavering connection to the Community and joined the Foundation Board because it “positively impacts all individuals who utilize the healthcare system on Central Vancouver Island”. Besides bringing energy, focus and passion to his role on the Foundation Board, his proactive approach is a valuable asset to the Foundation! 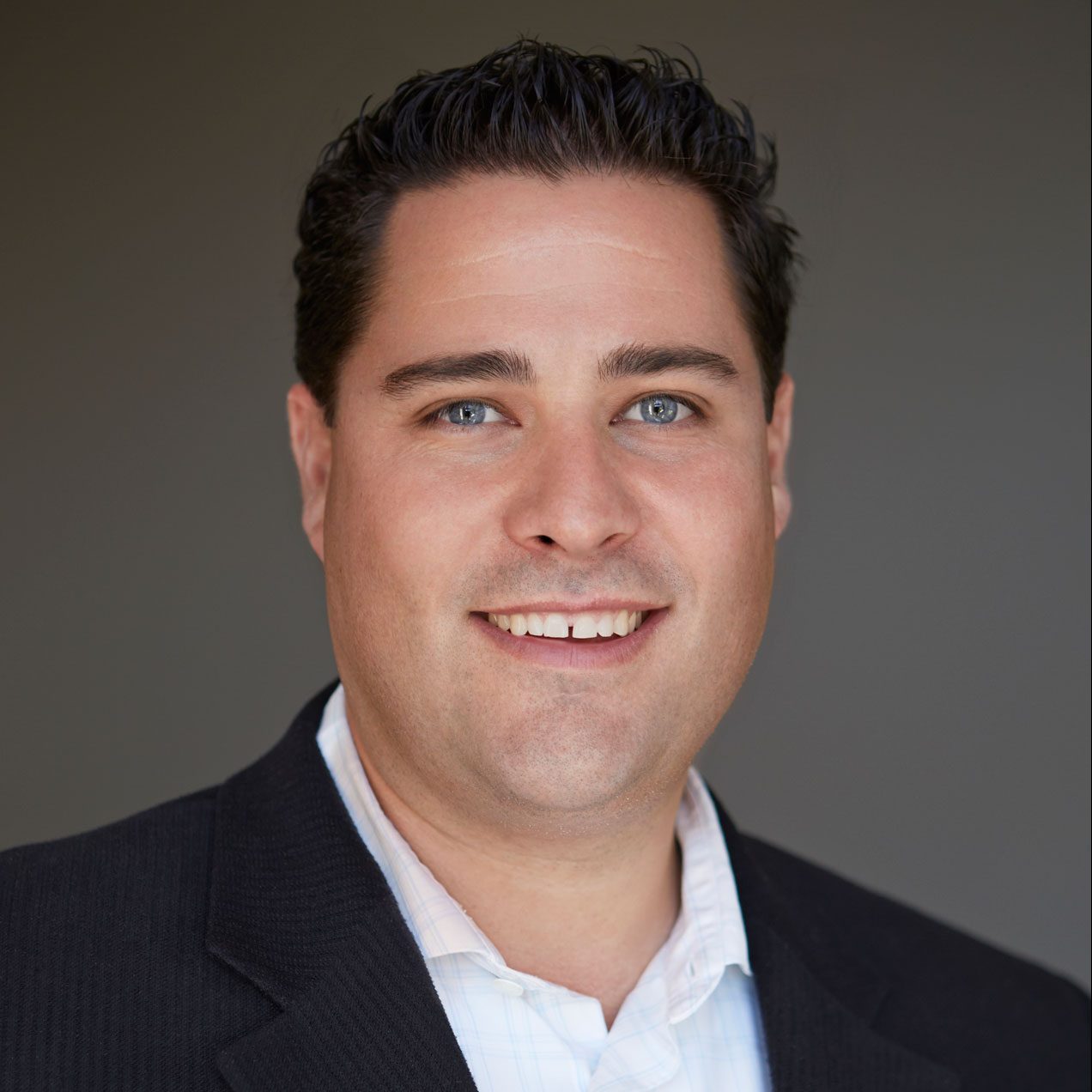 Serving in the Wealth Management services business since 2001, Dave also has International experience when he worked for one of the world’s largest Financial Institutions in Dublin, Ireland. He holds a Fellowship of the Canadian Securities Institute designation (FCSI), a Personal Financial Planning designation (PFP), a Life Insurance License, among other Industry designations.

Dave’s previous Board experience includes serving as a Board Member at the Nanaimo Golf Course for 3 years and has been on various strata councils. He sponsors, donates and volunteers his time to certain causes and looks forward to continue to do so. Having an opportunity to be a part of the Nanaimo & District Hospital Foundation Board would be an exciting opportunity and great challenge. He can’t think of a better and more meaningful cause to put his time and efforts towards. He is looking forward to working with a great team and assisting the current Board in any way possible.

Dave feels very fortunate to call Vancouver Island his home. He is a proud Nanaimo resident and has lived in Nanaimo since 2006. He is married and has two young children. Outside of work, he enjoys business, sports, travel, golfing, cooking, lake time, playing crib and spending time with friends and family. 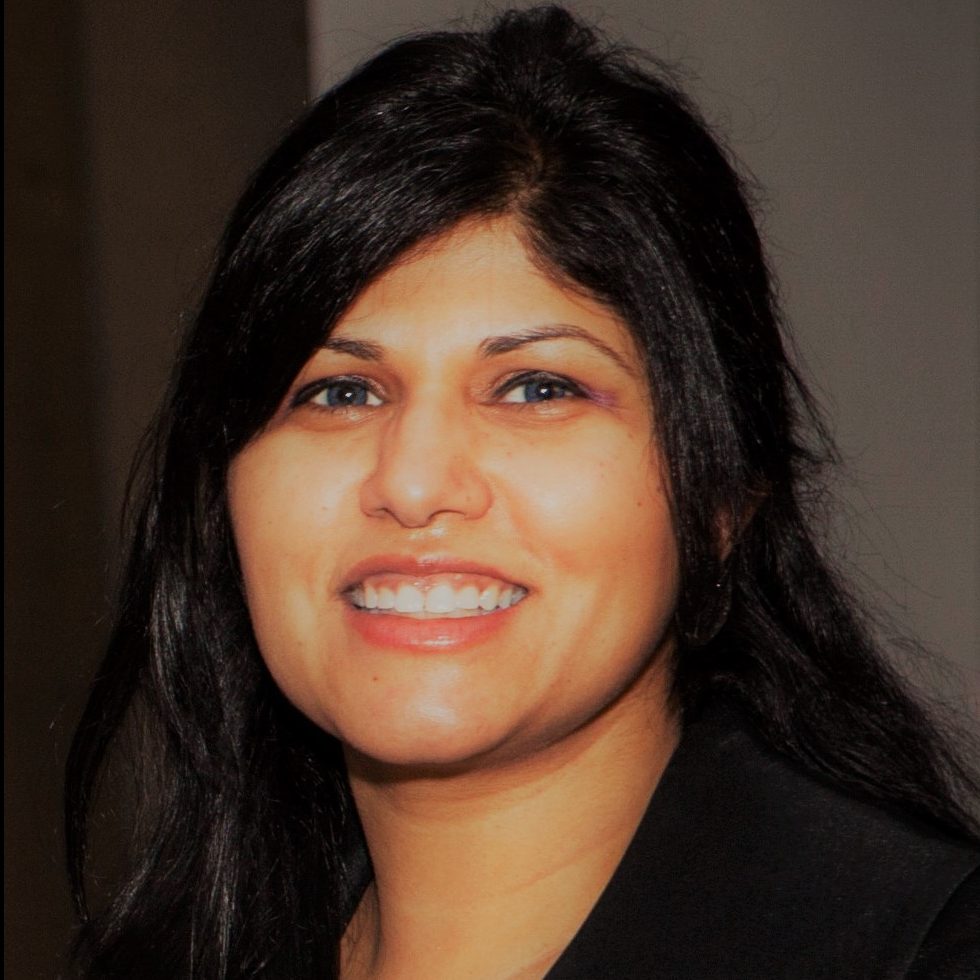 Anu Mayer was born in India and was raised in the United Arab Emirates. She moved to Nanaimo in 1994 after getting married. Anu is dedicated to her family and proud of the strong foundation she has built with her husband Richard Mayer. Anu and Rick have three beautiful children, who were born and raised in Nanaimo.

Anu has gone from being a full-time Mother to establishing and managing a thriving event planning company. As the owner and operator of Bastion Management Ltd for the last 15 years, Anu has planned and organized successful events across Vancouver Island and the Lower Mainland.

As a strong believer in volunteering, Anu has volunteered on several boards, including the Nanaimo Women’s Resources Centre and the Young Professionals of Nanaimo. She is the current Chair of Women in Construction Nanaimo and volunteers with the Canadian Home Builders’ Association Vancouver Island. Since 2015, Anu has volunteered with one of biggest events in Nanaimo, the Bathtub Race and Nanaimo Marine Festival.

Anu is proud to have been elected as a new Board Director of the Nanaimo & District Hospital Foundation on June 29th, 2021.

When she is not volunteering, Anu loves to travel and spend time with her family and friends.