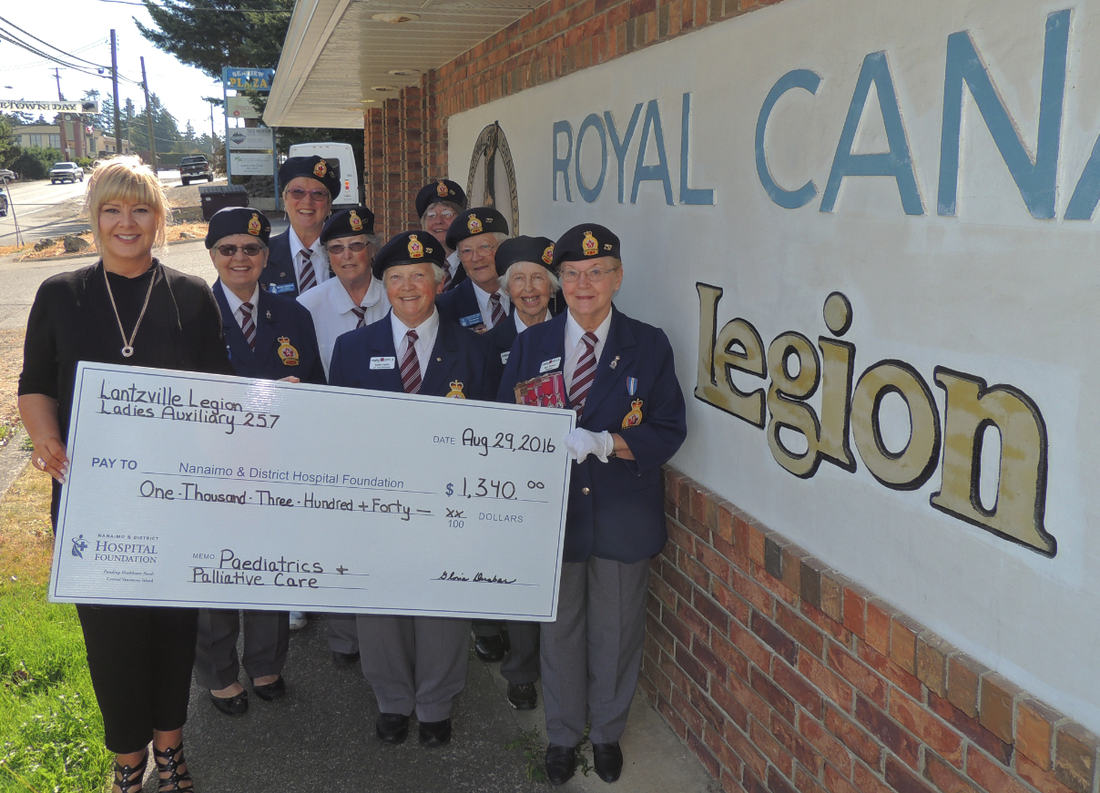 Amber Adams, of the Nanaimo & District Hospital Foundation, receives a special gift from the members of the Royal Canadian Legion Lantzville Ladies Auxiliary #257.

The Ladies Auxiliary of the Royal Canadian Legion #257 in Lantzville work throughout the year to fundraise for causes they feel inspired to support. They recently delivered $1,340 to the Nanaimo & District Hospital Foundation for the purchase of two cylinder carts designed to carry an oxygen cylinder for patients staying in Palliative Care.

The donated funds also covered the cost of a portable Doppler monitor, a hand-held ultrasound used to detect to detect the heartbeat of a fetus or blood flow in an artery for prenatal care. Amber said, “The work involved to raise these funds and the more than $30,000 the Ladies Auxiliary has already contributed over time, is substantial. We are grateful for this support as it will help veterans and their families directly.”

Janice Perrino, Hospital Foundation CEO, greets Margaret Marsh and Terry Tutte, of the Nanaimo British Club, as they deliver a $225 donation towards the Biliblanket. Funds raised, were possible thanks to the generosity of Bev Elder.

Members of the Nanaimo British Club celebrated their 30th anniversary recently with an act of kindness. They raised funds during a Club event and delivered donations to the Nanaimo & District Hospital Foundation and the 7-10 Club. The gift to the Hospital Foundation will help buy a biliblanket for the Neonatal Intensive Care Unit (NICU) at Nanaimo Regional General Hospital (NRGH).

A Biliblanket is a portable medical device for infants that treats neonatal jaundice. Biliblankets emit light of different intensities that permeates through a light fabric. The baby is placed close to, or on the blanket for treatment. The light break down high levels of bilirubin in the bloodstream, which causes the discolouration of a baby’s skin when jaundice. The $7,500 biliblanket is needed in the NICU immediately.

The specialized mattresses give patients facing end of life care extra comfort and relief of pressure points while spending extended periods of time in bed. They cost $2,750 each. Ms. Perrino said, “Imagine the comfort now possible to rest even a little bit easier, and focus precious time on loved ones. Thanks to handful of donors who are motivated to help Palliative Care in particular, the evolve mattresses were made possible. This gift makes a fundamental difference to our patients at a most vulnerable time.” 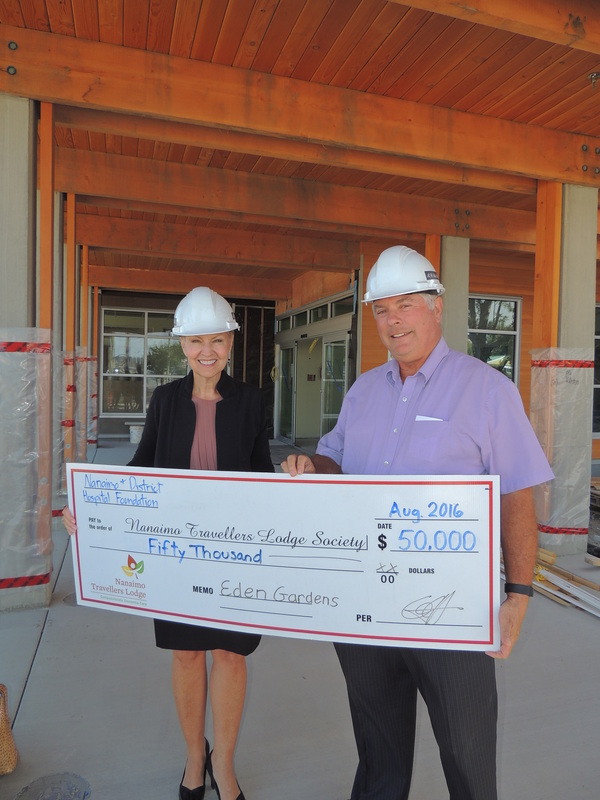 The Nanaimo & District Hospital Foundation cares for Central Vancouver Islanders at every stage of life. This purpose inspired a gift of $50,000 towards Eden Gardens, a 130-bed facility specializing in “complex dementia care”. The new facility is currently under construction on Northfield Road in Nanaimo, and will replace Travellers Lodge in the Spring of 2017. When the Foundation’s Board of Directors learned of the unique philosophy behind the Eden Gardens’ concept they were moved to help.

The innovative design caters to patients facing dementia and their families. The new facility will feature a “village-like atmosphere” with both public and private areas to offer residents a sense of home and community. Janice Perrino, CEO of the Hospital Foundation said, “This is a unique gift for the Foundation, but we are driven to help at every stage of life and we are honoured to aid those who are facing dementia and living at Eden Gardens.”