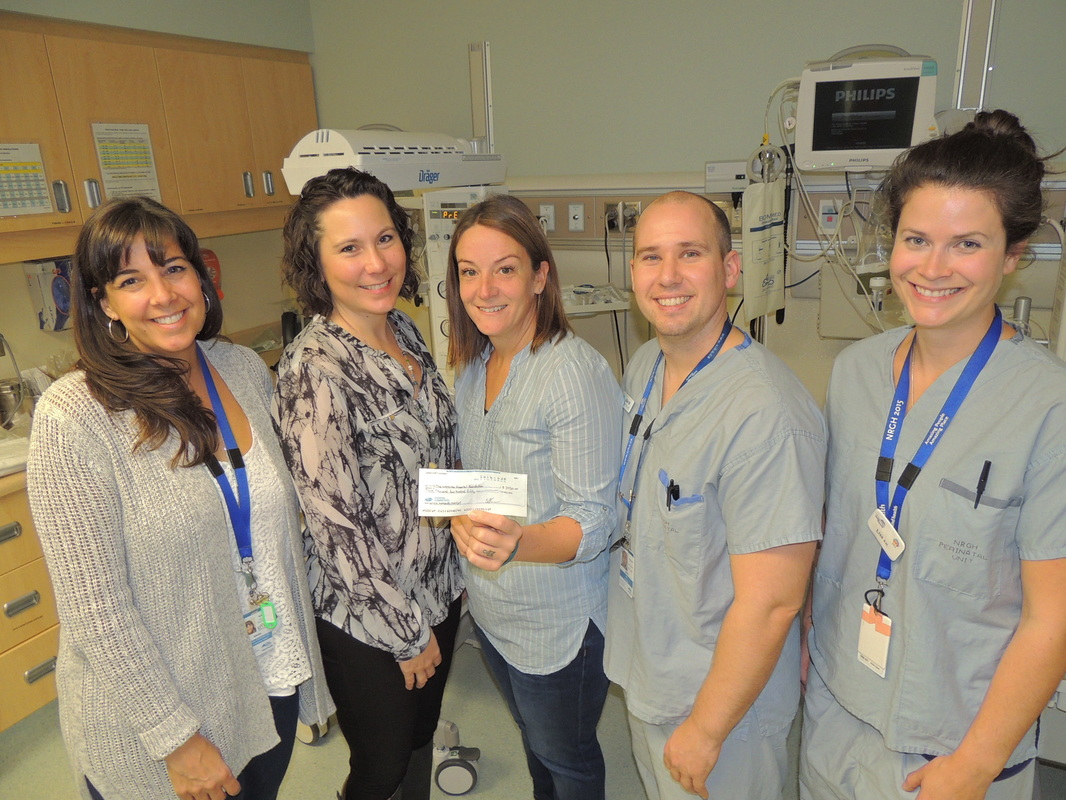 “Jesse’s Gift” was established three years ago to help other premature babies and their families facing health crises in hospital. Jesse Shanahan, the inspiration, passed away unexpectedly in 2013. Her parents, Mike and Sheri Shanahan, wanted to make a difference. Since that time, Jesse’s Gift has generated more than $35,000 for neonatal-specific equipment for Nanaimo Regional General Hospital (NRGH).
This year Sheri, and co-organizers, held a successful Beer and Burger to fundraise for NRGH, with help from West Jet. The company donated flight vouchers to raffle at the event. As a result, Sheri presented $3,450 to the Neonatal Intensive Care Unit (NICU) for the purchase of three “Neopuffs”. A Neopuff is a device used to support infant breathing at delivery. It is a unique pressure-controlled resuscitator designed specifically to protect the infant’s delicate lungs from being over-inflated. It also improves the baby’s oxygen levels, colour, and heart rate. There are nine incubator beds at the NRGH NICU that serve the needs of premature and ill infants. 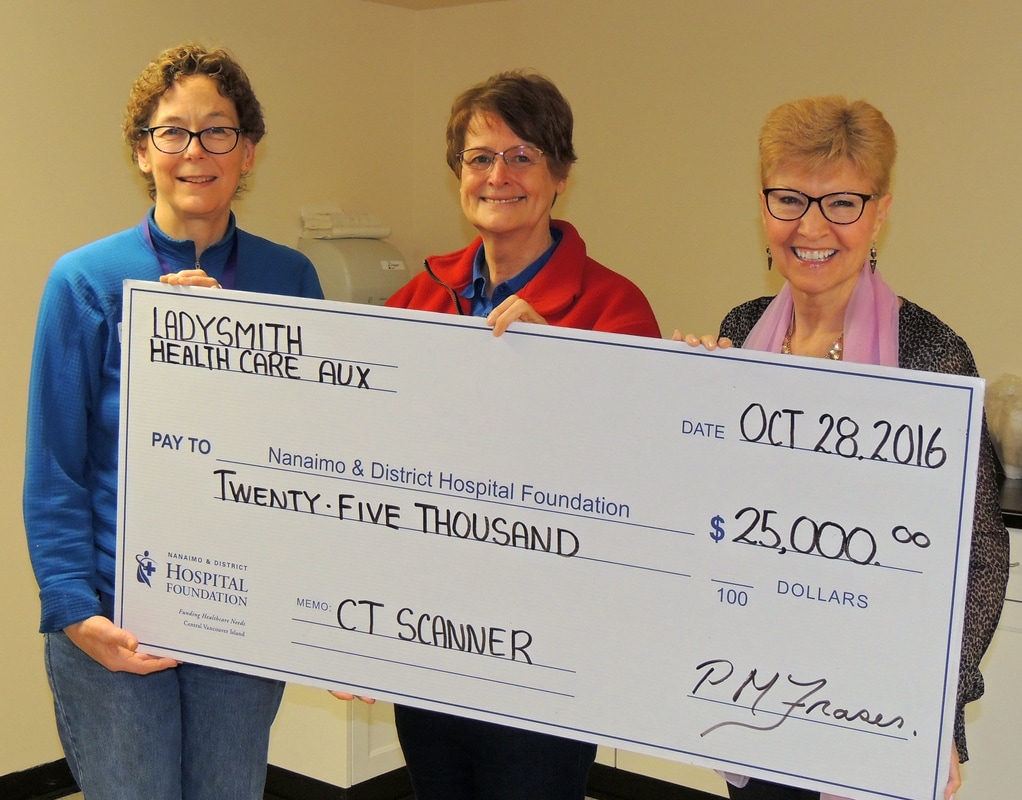 The Ladysmith Health Care Auxiliary continues to contribute to the health and wellness of their community. In October the group donated $25,000 to the Nanaimo & District Hospital Foundation’s Christmas Campaign to help purchase one of two new CT Scanners for Nanaimo Regional General Hospital (NRGH). The new Scanners will dramatically decrease the amount of time it takes to scan a patient and have reduced radiation exposure.

“This organization is excellent”, said Foundation CEO Janice Perrino, “What a wonderful group for supporting healthcare initiatives at our hospital and our communities”.

Through sales at the Auxiliary Thrift Store, the group has been diligent in supporting local healthcare. Since 1997 they have given over $330,000 to the Foundation in support of NRGH, reaching almost every area of the hospital.

Mambo Pizza serves up hot and delicious pizza and a donation to healthcare!

For two generations Mambo owners have helped healthcare here at home because NRGH has helped their family when needed. Owners, Marc and Amanda Fillion, happily gave $500 to Janice Perrino, Foundation CEO, for the new CT Scanner at NRGH. Thank you Mambo!