By Chelsea CarneMay 13, 2022Celebrate!, News, Thank You!
No Comments 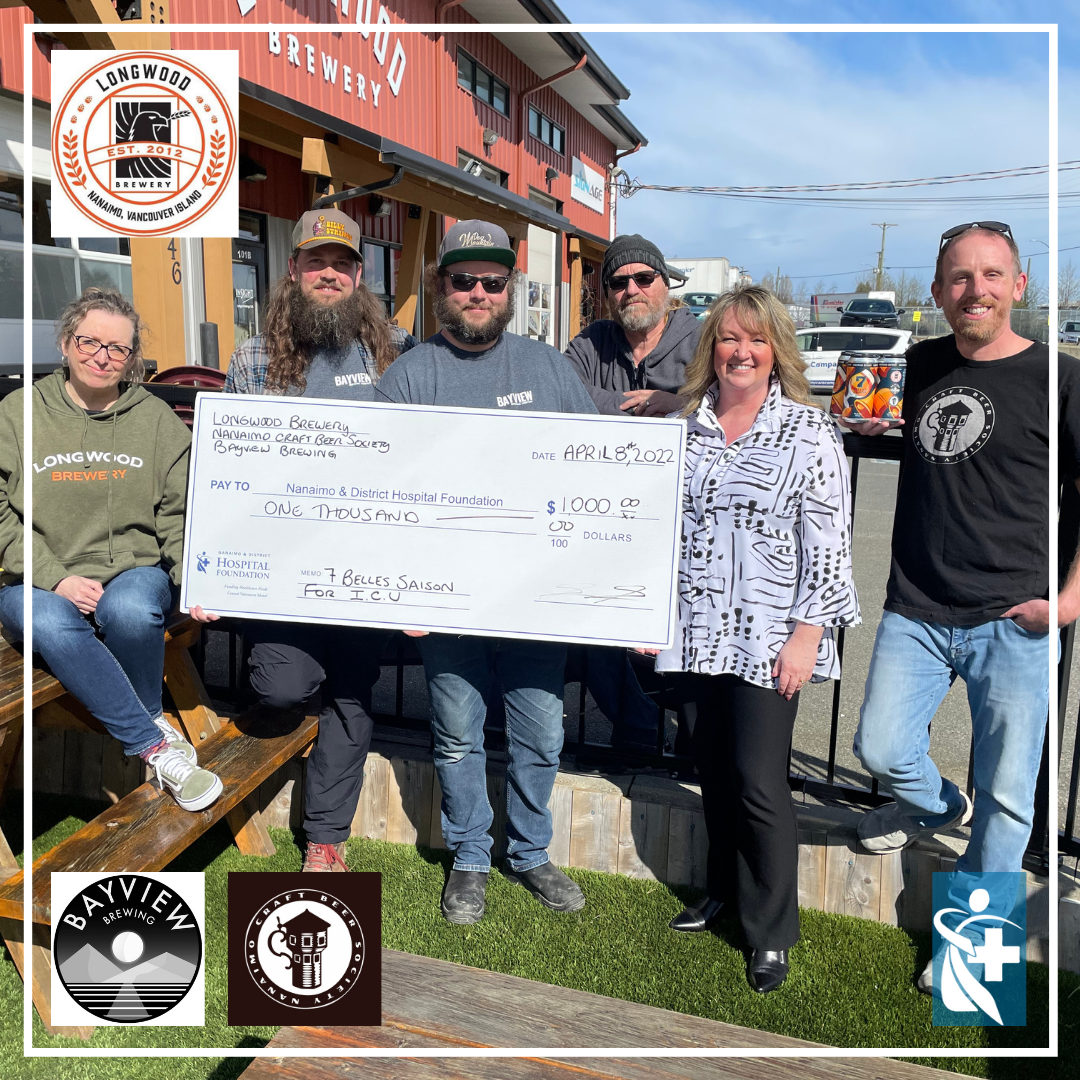 Longwood Brewery partnered with Bayview Brewing and the Nanaimo Craft Beer Society to create the 7 Belles Saison, which they launched in honour of healthcare workers who have given us all so much during the pandemic. Because of the community’s support, $1,000 from the proceeds of that beer have now been donated to the Nanaimo Regional General Hospital. Longwood Brewery have been wonderful supporters of the hospital for the past three years. Thank you so much!
Pictured from left: Tracy McLean (Longwood Brewery), Alfred Elviss and Jonny Ludtke (Bayview Brewery), Harley Smith (Longwood Brewery), Janice Krall (Hospital Foundation), and Stuart Setch (Nanaimo Craft Beer Society).