Anything on Wheels turns into a donation 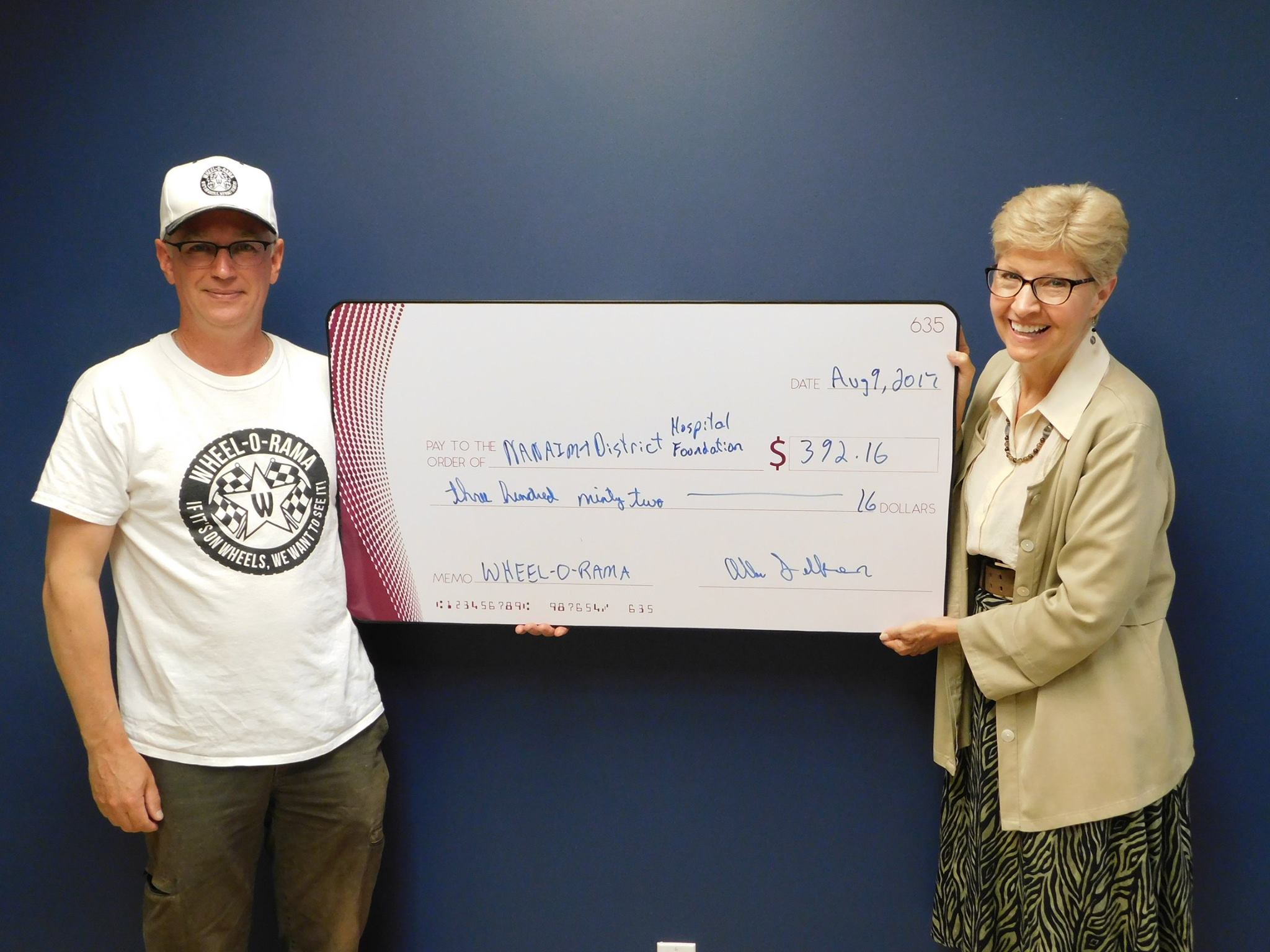 Wheel-O-Rama organizer Allen Felker came in to donate the proceeds from this one of a kind fundraiser he organized in mid-July.

Felker’s vision was to host an all wheeled show in an effort to include ‘anything on wheels’. He had been attending various car shows on the Island and thought it would be a great idea to ‘throw the doors open’ and see what would happen.

Felker also wanted to give back to the community he lives and works in and so he chose to give proceeds to the Nanaimo & District Hospital Foundation to support our Hospital. Felker is already working on Wheel-O-Rama 2018; watch his website for updates http://wheelorama.ca

The Sew Wats Give for the Children